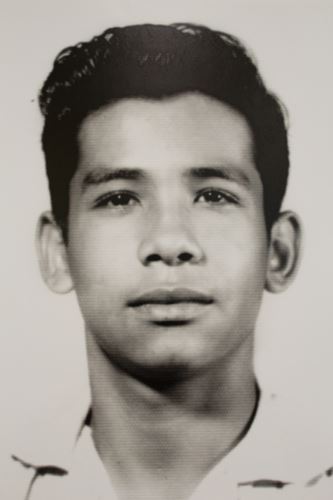 PFC Mario Ybarra Elementary is named after Mario G. Ybarra. Mario Ybarra was the oldest of 11 children, born to Felipe and Fidela G. Ybarra on May 1, 1943. As the oldest, Mario shared the responsibility of helping take care of his brothers and sisters. Mario worked in the fields at an early age to help bring money to the household .

Mario Ybarra joined the military soon after graduating from Weslaco High School in 1961. After boot camp, Ybarra was stationed in Camp Pendleton in California, where he earned a "Sharpshooter" badge and the rank of Private First Class. Ybarra visited the valley every chance he could and was able to marry his sweetheart, Manaen Hernandez.

In 1965, Ybarra along with the 3rd Battalion 1st Marines, was sent to Okinawa, Japan to train for jungle warfare in preparation for Vietnam. On January 1966, Ybarra and the Marine Corps faced the 36th Infantry Regiment of the Peoples' Vietnam Army. Two months later, after a two-day battle to take Hill 50, PFC Ybarra died from a gunshot wound to the head. As the Marines finally took the hill in Operation Utah, Ybarra's remains were transported back to the states.

PFC Mario Ybarra was buried with full military honors in the cemetery's Circle of Honor in Weslaco, TX. He was 22 years old.